Heritage Distilling Co. is proud sponsor of race car driver,Tyler Tanner. We love getting to catch up with him in person and chat about all things racing, HDC and life outside the track. This past week I, Aubrey Lindberg, got a chance to sit down with him at our Waterfront tasting room and learn a little bit about what makes him so special as a racer and why our sponsorship is encouraging for the both of us.

It's a brisk summer morning in Gig Harbor when Tanner arrives. I sit down with him at a booth. He shakes my hand and I immediately notice a mantra about him that is cool, collected and focused. Later, I would learn that these aspects of his personality are something that he credits to his success in his car.

“Ahead of time, all the preparation leading up to that [the green flag waving] is super critical,” says Tanner. “If I’m in the shop [working] or if its racing related then I guess I sort of get tunnel vision, and don’t like distractions.”

Tanner is used to pressure, after all, he races late model stock cars at speeds of up to 135 mph, and he races them extremely well. This season at Evergreen Speedway has been nothing short of a standout for Tanner.

The track, which is located in Monroe, Washington, is the only sanctioned NASCAR track in Washington State and creates a great environment for fans to come together and enjoy a sport that is still growing its presence in the Northwest. With a long stretch of wins under his belt this season it's clear that Tanner’s hard work both on the track and in the shop is paying off. 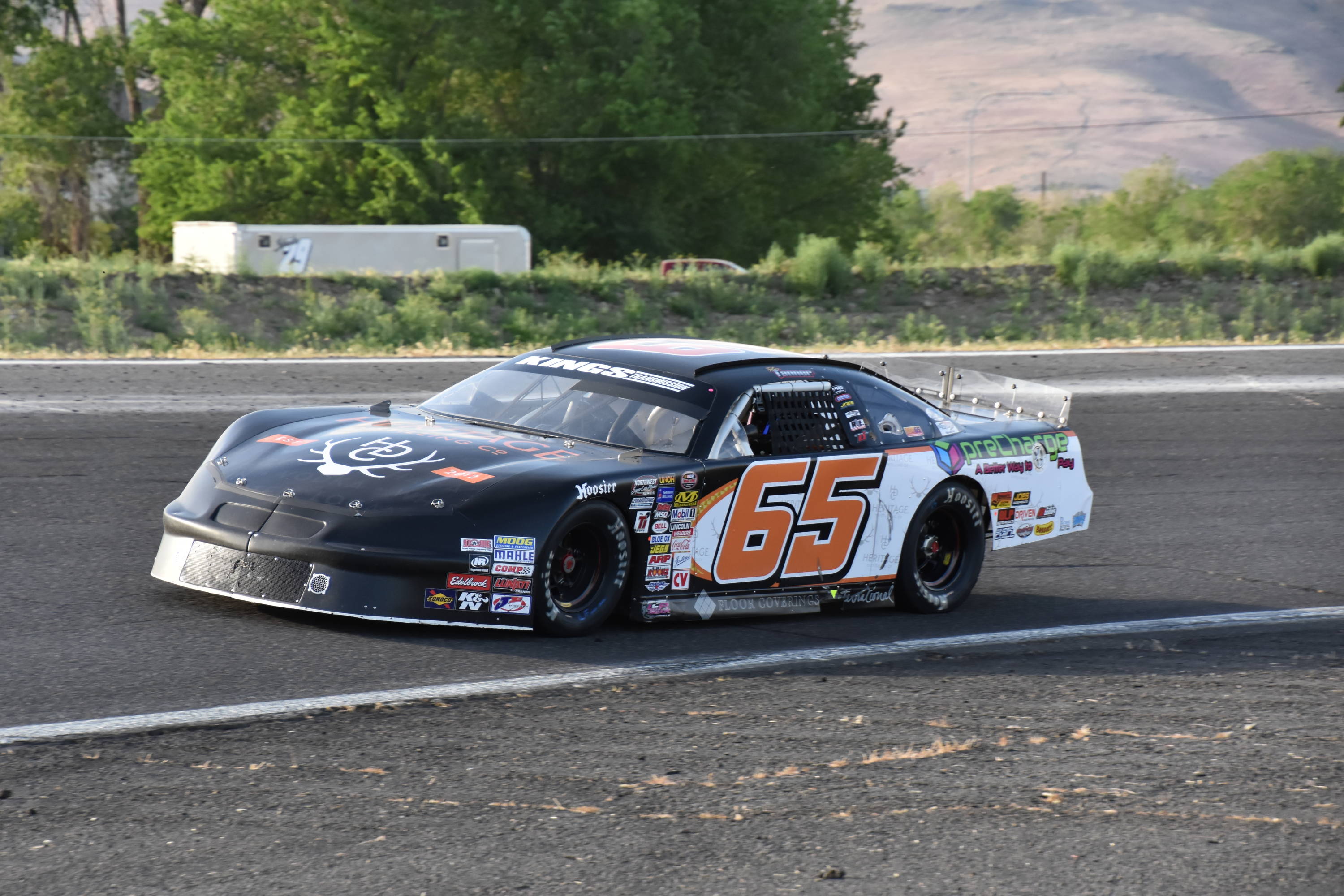 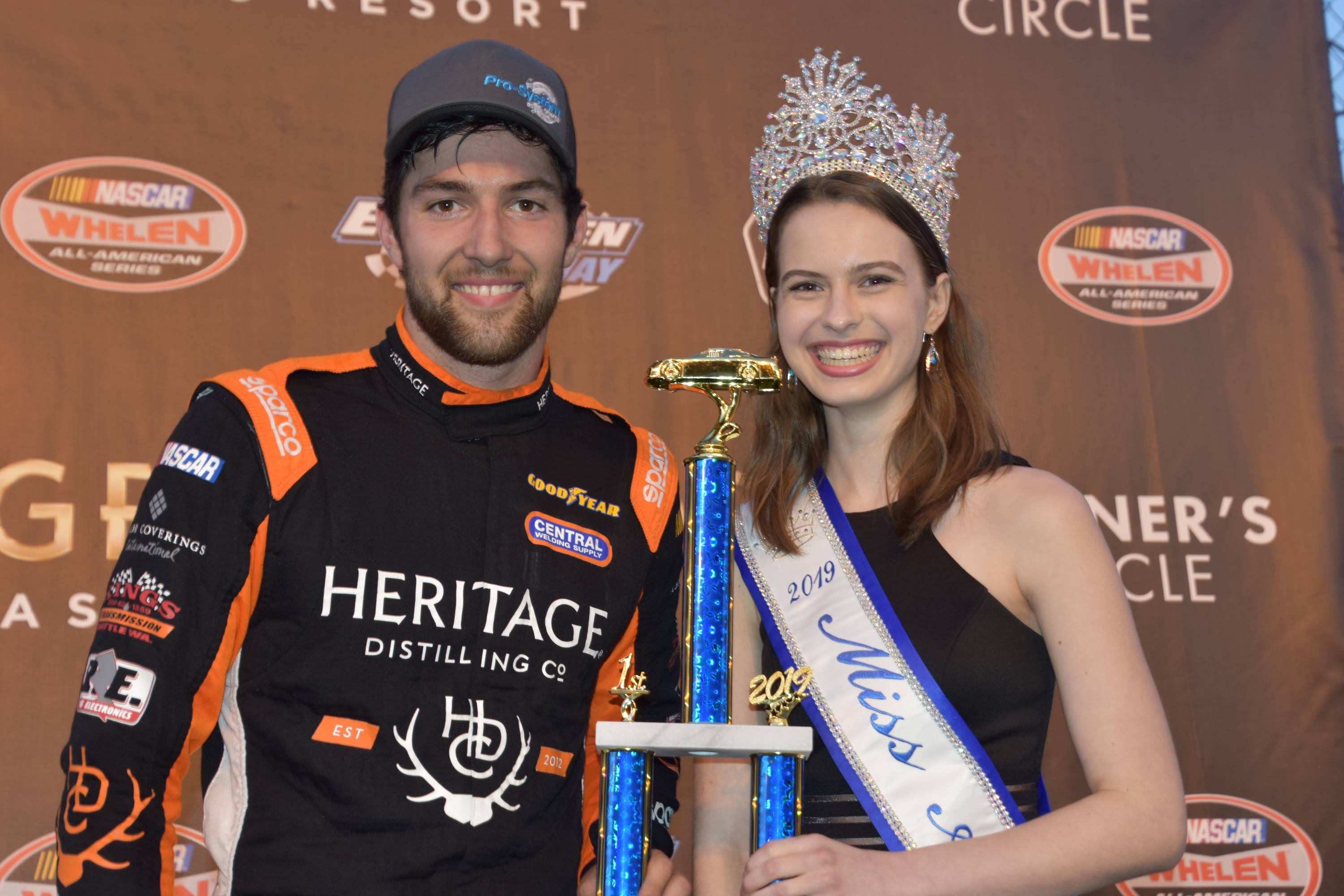 He accredits a majority of that success to his team's ability to prep and work on his car. “You have to have good equipment, a good team - with depth and knowledge, guys that aren’t going to make mistakes,” says Tanner, “It’s not like a driver is going to carry the whole thing. The best driver in the world could get in the worst race car or worst team and not have a chance.”

With a sport as complex as racing, Tanner is able to give me true insight on just how many working pieces go into winning a race. “There are so many aspects, so many different things going on, almost like a puzzle,” Tanner explains. Explaining to me how the success of the driver is dependent on a multiple of things including strategy, start and position and of course, the car. “The driver really is at the complete mercy of the car,” he says, “you can control as many things as you want, but there is always going to be some things you can’t control.”

Unlike other sports where a piece of broken equipment can be easily replaced, if your car goes down it is almost impossible to recover from, which is why upkeep in the shop is so important and such a personal passion of Tanner’s. “I spend too much time in the shop” he says, lightly chuckling. 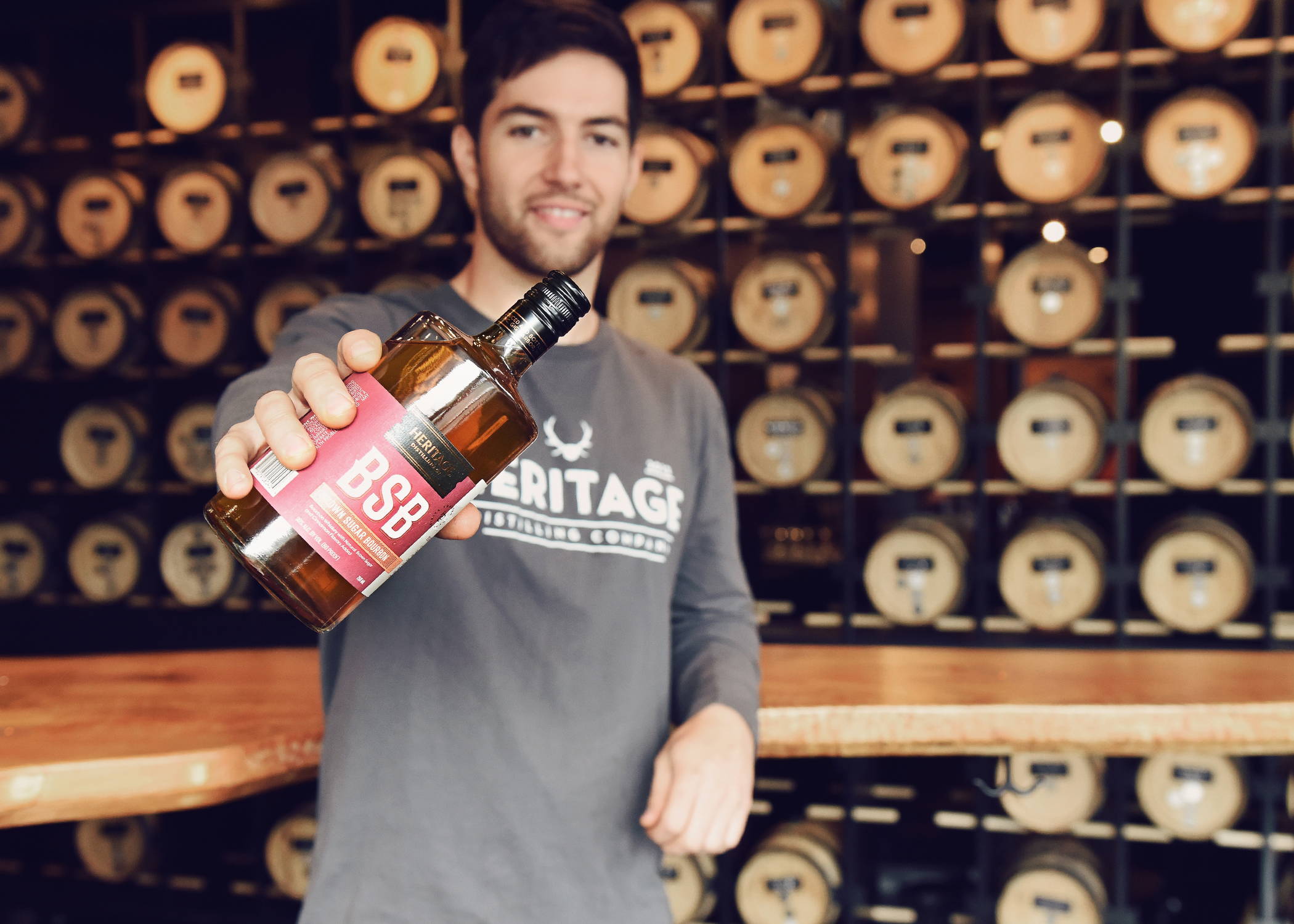 Similar to racing, in the craft distilling industry each part of the production process plays a crucial role in the success of our products. It’s part of what makes distilling spirits so special and trusted. Something, Tanner says he was drawn to, noting how, “it’s easy to get behind a product that you believe in.”

A cask club member, Tanner tells me a little bit about what he has been aging: a single malt bourbon. He says he loves to give bottles as gifts around the holidays and as a memento to his crew and sponsors. “I think it’s really cool, that aspect of the program, being able to customize it and bring in a friend and say I decided to do this, or I decided to add Huckleberry to my whiskey.”

As we continue to chat it becomes clear to me just how much Tanner loves representing HDC (and drinking it too). He shares with me that HDC Huckleberry Vodka, Dual Barrel Bourbon and BSB® - Brown Sugar Bourbon round out his top three favorites.

With so many similar values between our passion for creating quality made spirits and his drive to win on the track, it is no surprise as to why this has been such a great partnership for both of us.

Tanner has two races left in the season, where he hopes to race some of his best runs. After that, he is planning to wrap up his summer by moving to North Carolina, where he wants to get even more involved in racing. “It really is the hub” he says, “that's one thing about racing in the Northwest, the competition is as good as ever, but there's just not as many racetracks or races. 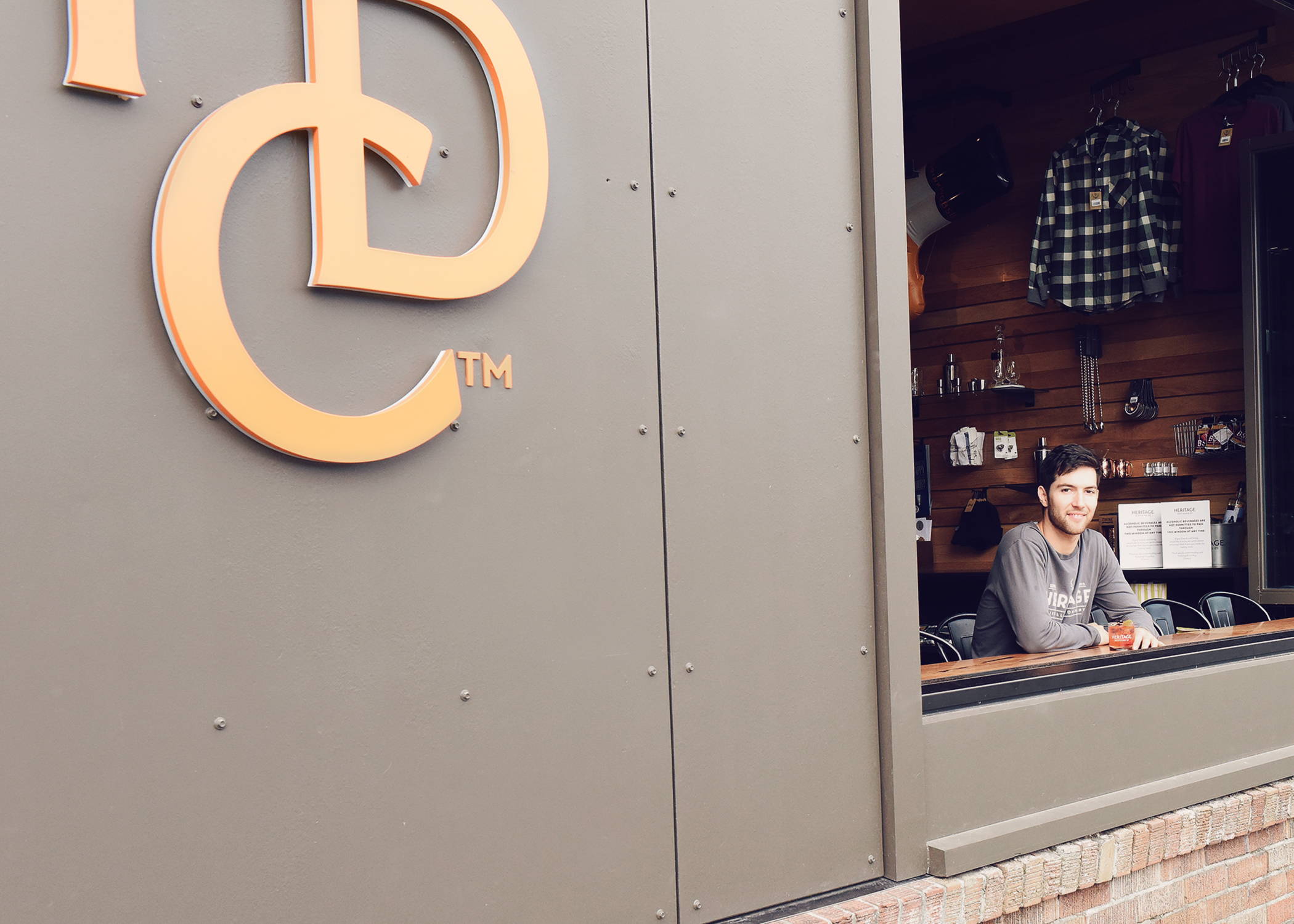 Although moving, it is clear how much racing in the Northwest has meant to Tanner, “Evergreen [Speedway] has been so great at bringing in the fans, with it being a multi-use facility'' he says excitedly. The good news for fans is that Tanner plans to leave one of his cars behind and is going to remain involved in the season next year on the west coast.

As we wrap up our conversation we share laughs over his appreciation for good music. He tells me that he was a rookie guitar player in college and that currently he enjoys jamming to classic rock, like the acts of Led Zeppelin and Jimmie Hendrix, and of course current hits like Lil Nas X’s “Old Town Road”, “It must have played every ten minutes at Talladega” he says laughing.

For one of my final questions I ask him how his friends would describe him. “ That's a tough one,” he says while pausing. His humble attitude begins to shine through showing first hand the characteristics of his personality, “It’s hard to talk about yourself” he finishes.

We hope this has given you some insight on how great the driver of car No. 65. At HDC we love sponsoring such a great athlete and personality. With two big races approaching, we encourage you to grab tickets and immerse yourself in the exciting world of racing. 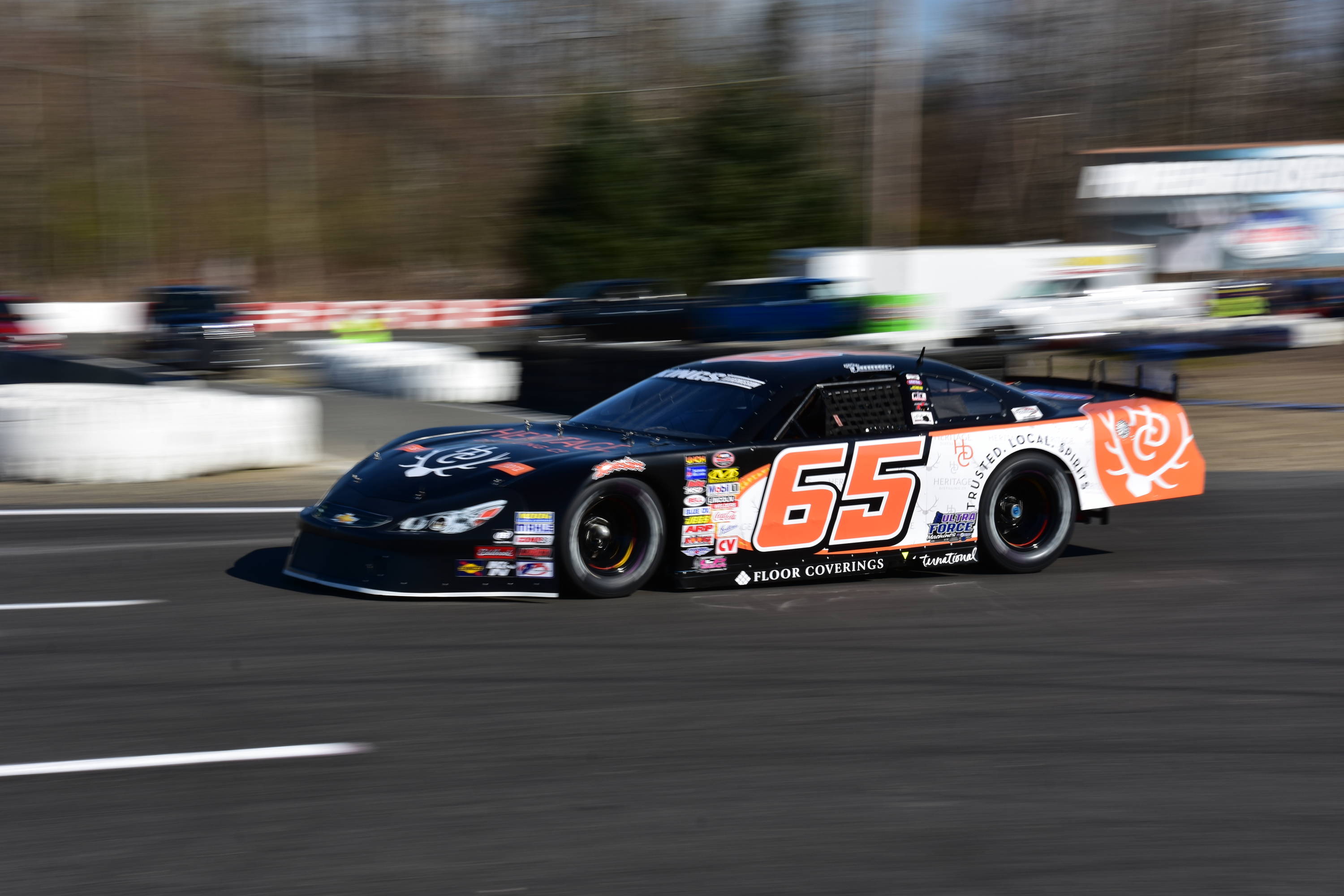