About a year ago, Heritage Distilling Co. (HDC) launched rum for the first time. After a year, we believe it's time for a rum history lesson provided by Anthony Peters, HDC Eugene Production Bottling Lead.

When thinking of rum, the first thing that comes to mind is probably a sleepy beach bar, or perhaps images of a pirate captain and crew taking a celebratory swig after a successful pillage. After all, the spirit from the sugarcane plant is synonymous with the history of the Caribbean Islands, and it was once in such demand that it became one of the supporting pillars of the Transatlantic Slave Trade. However, the road to rum’s entrenchment in the heritage of the Caribbean, early America and yes, even Oregon, had its fair share of bumps along the way.

The earliest documents and reports suggest that rum was first distilled on the tropical island of Barbados, sometime in the mid-17th century. The early British colonialists in the area were not immediately impressed with the drink, and gave it the colorful nickname “kill-devil” called as such because it was “a hot, hellish, and terrible liquor.” The British can also be credited for the drink’s modern name, as the most popular origin theory for the word “rum” is that it comes from the word “rumbustious” a now-outdated piece of British slang that means “boisterous and unruly.” As those are both common side-effects of consuming copious amounts of alcohol, the connection seems obvious. 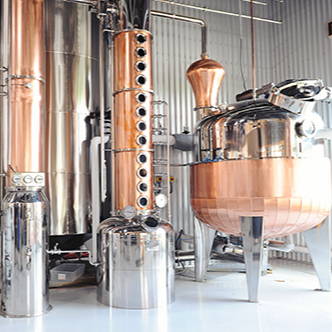 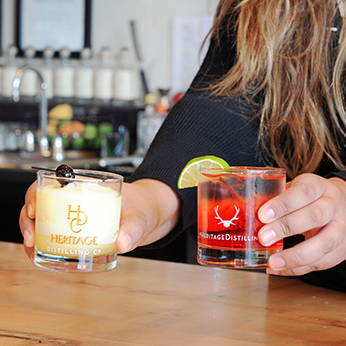 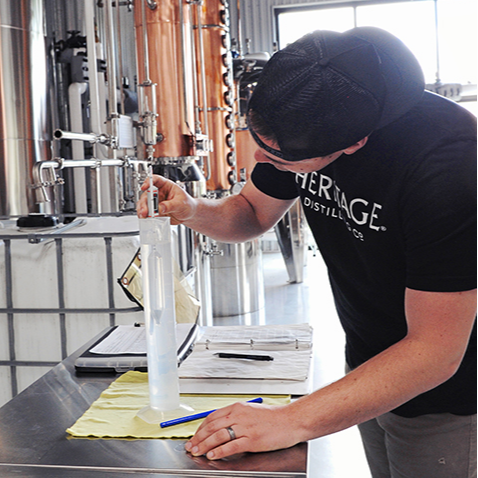 Thankfully, as distilling practices improved, “kill-devil” began to be valued as much more than just a desperate way to get intoxicated. By the early 1700s, rum had become one of the hottest commodities in both the Caribbean and Colonial America, so much so that the ruling British began to worry that they weren’t raking in enough profit. This resulted in the passing of the Molasses Act of 1733 upon the colonies, which imposed a six pence tax per gallon of molasses, a key ingredient in the production of rum. When this tax was largely bypassed by colonial smugglers, the British cracked down in 1763 with the Sugar Act, which lowered the tax to three pence but greatly increased its enforcement. Colonists felt that this was an unfair policing of their autonomy, and James Otis used the Sugar Act to kickstart his now famous mantra of “no taxation without representation”. From humble beginnings on island plantations, the molasses-based beverage was now helping spark the American Revolution.

After the revolution, a disgruntled Britain implemented high tariffs on any sugar deliveries from its Caribbean territories to the fledgling nation. Those tariffs, as well as the rising prominence of American-made whiskey, pushed rum from the star player to the bench, where it enjoyed a muted but constant appeal from liquor aficionados. However, this loss of popularity was only temporary, and the resurgence of rum would begin from the most unlikely of sources: its complete ban from the United States.

By the early 1900s, temperance movements were spreading like wildfire across the U.S., advocates of the cause insisting that the legality of liquor was contributing to increased rates of domestic violence, disease and the general decay of society’s morals. This resulted in the creation of the 18th amendment in 1919, which banned the manufacture, sale and importation of alcohol. The period of time from 1920-1933 became better known as Prohibition, and during this time illegal trade of alcohol thrived.

In Florida, bootleggers would travel down to the Bahamas and purchase rum, as the islands were nearby, had no ban of alcohol and the rum could be bought dirt cheap. These traders were known as “rum-runners” and the term soon took off, where it evolved to mean all types of illegal alcohol importation, and even became the name of a popular mixed drink. Rum-running was most profitable in large cities like New York and Chicago, but this process again made rum a staple spirit with consumers nationwide.

Fascination with rum has continued to this day, and since opening its doors HDC has desired to take a crack at its own version of the spirit. In Washington state, HDC’s birthplace, a license to craft alcohol becomes much more expensive if less than 51% of the product comes from out of state. While a good policy to enforce locavore ethics, since rum is primarily made form a tropical plant, it becomes very expensive very quickly to make the stuff in Washington. Fortunately, Oregon does not have this restriction, so in late 2018, HDC Eugene released its own offering to the public.

Making rum is a whole-day affair, and its distillation stimulates the senses. The molasses is so reflective that if you gaze down into the tote, you see yourself staring back in perfect detail, like a mirror of ink. The smell is distinct, a heady mix of burnt sugar and heated iron. After the molasses is pumped into the fermenter with yeast, this smell grows stronger and more potent, gaining an almost compost-like odor. Thankfully, after the soupy mixture is pumped into the still and is heated, the more unpleasant odors are boiled out, leaving behind the pleasant lightly-sweet tropical notes that rum lovers crave.

While HDC uses high-quality machinery and modern processing equipment (hand-crafted and shipped from Italy no less!), the basic process has stayed the same since the first natives of the Caribbean distilled the original batches so many years ago. Like with all spirits, HDC is committed to celebrating rum’s tradition, all while pushing the standards of quality. Whether you’re enjoying a rum-runner or just a glass of our own Commander’s, may your interest be piqued and your thirst quenched.